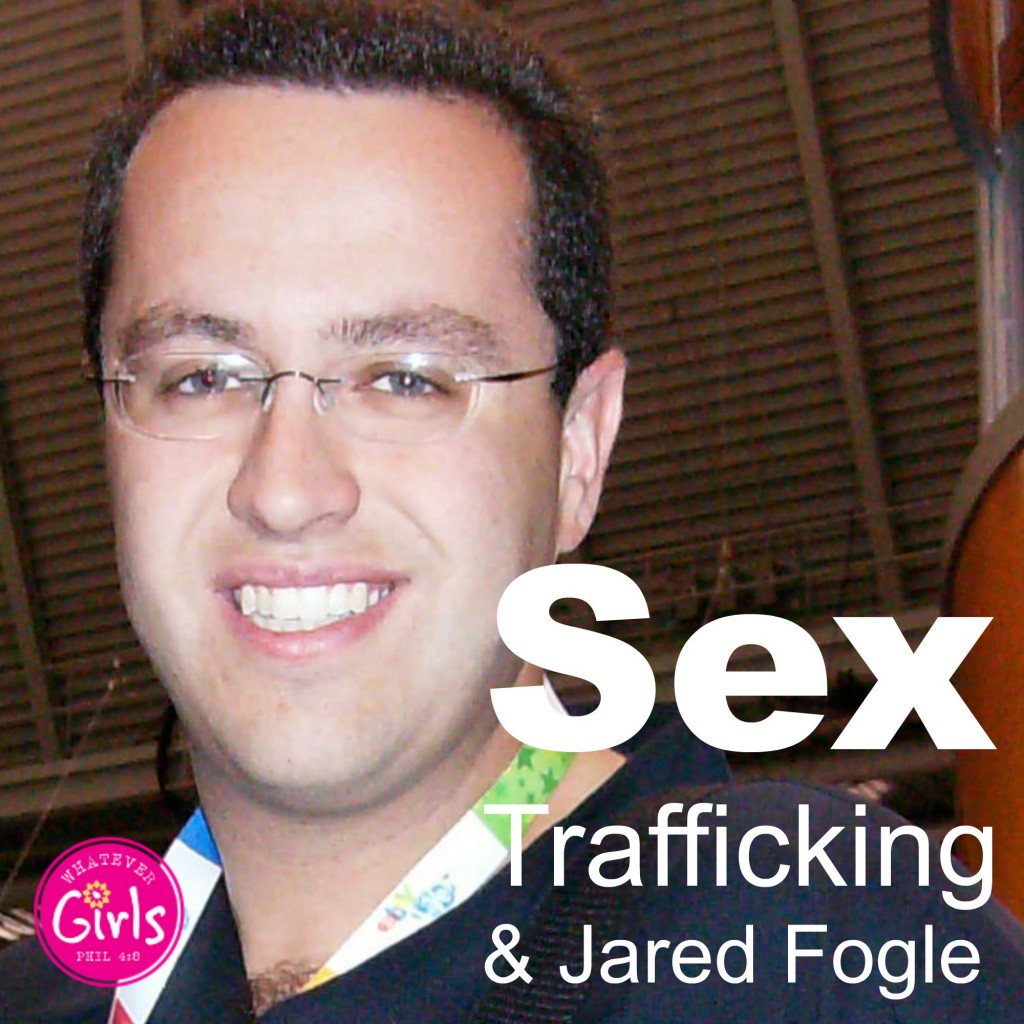 What do you think of when you hear the name Jared Fogle? Up until recently, you most likely thought of Subway. He went from being an overweight Indiana University student to the Subway spokesperson and some say cultural icon. He made his fortune by being the face of Subway for 15 years.

While most saw Fogle as an ordinary guy who could easily be their neighbor, there was more to the story. Reporter, Rochelle Herman, gained her first glimpse of the story beneath the story when Fogle, married father of two, made a random comment, causing her concern.

He told me that he thought middle school girls were so hot,” Herman said. “I was in shock… Did I really just hear what I think I heard? I looked over at my cameraman…and he was just astounded.”

Herman worked undercover for the Federal Bureau of Investigation, recording conversations with Fogle for evidence for years.

He talked about sex with underage children. It was just something that he really, really enjoyed.”

Fogle has since pleaded guilty to possession and distribution of child pornography and has a plea agreement, which includes his admission to crossing state lines to pay for sex with minors. In his plea agreement, Fogle agreed to pay restitution of $1.4M to his victims. His defense attorney stated that by admitting to the crimes, Fogle is trying to make amends and take responsibility for his actions.

This is a very public case; therefore, it is eliciting public outrage. After all, Jared Fogle was a trusted man. He made his way into our homes on a regular basis through our televisions and sales flyers. How could this happen?

The sad reality is it happens every day all across the country. There are people, ordinary looking people, neighbors, family members, and work associates who create a demand for the fastest growing crime in our world today, human trafficking.

How does it happen? How do average people go from loving husbands, fathers, and employees to someone who pays to rape women and children?

When I sat down with a former purchaser I asked the same question. His answer was becoming all too familiar to me:

“It all started with pornography. At first it was curiosity, but then it became my escape. It’s like a drug. If work got stressful, I’d watch it. If I had a fight with my wife, I’d watch it. Pornography causes a dopamine release in the brain and makes everything better for a while. But it doesn’t last. Just like a drug, you have to go back for more, and before long you’re hooked.”

When I asked him how he jumped from viewing pornography to purchasing sex he said:

“The women and children on the other side of the lens are victims. They’re wounded, but not just physically. Their dreams and futures have been kidnapped. Most of the women experienced some form of trauma that interrupted their dreams and derailed their future prior to being in pornography.”

When I asked her the all to familiar question, Why don’t they just leave? she said:

It’s easy for people to want to turn to violence after hearing stories like these. After all, most people think these men are just animals, right? Who would do that so someone? Who thinks it’s okay? While I had the listening ear of one who lived the nightmare, I ask her who she thought the victims of this crime were?

Pornography is also used as a training tool for those taken into the sex trade. It is the classroom visual aid for victims in the school of the sex trade. One former trafficker said he used pornography to educate his girls on what was expected of them:

“Girls that are new to the industry don’t really know how to entice a man. They may have been abused or even raped. They just did what they were told in those situations. In order to get their money as a working girl, they need to know how to entice customers.”

When I asked this trafficker how he came to think it was acceptable to sell people as commodities, knowing what awaited them, he said:

“To explain that, I’d have to take you back to when I was nine years old…”

He went on to share about his childhood and how he, too, had his dreams and future stolen from him in different, but just as damaging ways as those he victimized. His story was further evidence of the statement,

Those caught up in the sex trade often refer to it as The Game, however, there are no winners in this game. Everyone involved loses a part of themselves, if not themselves completely. It has to stop!

Do something. Take a stand. Speak out. Every organization in this fight is underfunded and under staffed. They all can use your help.

You don’t have to reinvent the wheel. What do you like to do? What are you good at doing? How can your vocation help in this raging battle over innocence? Find ways to use the skills and resources you already have to step into the fight.

As Edmund Burke once said:

“The only thing necessary for the triumph of evil is for good men to do nothing.”