A note from Erin Bishop:

I want to give a big thank you to Anne Marie Miller for allowing me to re-print her article “Three Things You Don’t Know About Your Children and Sex” which went viral last week. After seeing this posted on Facebook by two of my friends, I had to read it. Well, that, and I’m a mom of a teenager and run a ministry for teen girls. It’s good to keep up to speed on topics like this.

I have to warn you. I cried as I read this. That our kids are so ensnared. It breaks my heart. It should break your heart, too. It should inspire us into action.

Please allow me a quick moment to introduce myself before we go much further. My name is Anne Marie Miller. I’m thirty-three years old. I’m newly married to a wonderful man named Tim. We don’t have any children yet, but we plan to. For the purpose of this letter, you need to know I’m a recovering addict. Pornography was my drug of choice.

I grew up in the church – the daughter of a Southern Baptist preacher man with a passion for learning the Bible. I was the honors student; the athlete; the girl who got along with everyone from the weird kids to the popular ones. It was a good life. I was raised in a good home.

It was 1996, I was sixteen, and the Internet was new. After my family moved from a sheltered, conservative life in west Texas to the ethnically and sexually diverse culture of Dallas/Fort Worth, I found myself lonely, curious, and confused.

Because of the volatile combination of life circumstances: the drastic change of scenery when we moved, my dad’s depression, and a youth pastor who sexually abused me during my junior year of high school, I turned to the Internet for education. I didn’t know what certain words meant or if what the youth pastor was doing to me was good or bad and I was too afraid to ask. What started as an innocent pursuit of knowledge quickly escalated into a coping mechanism.

When I looked at pornography, I felt a feeling of love and safety – at least for a brief moment. But those brief moments of relief disappeared and I was left even more ashamed and confused than when I started. Pornography provided me both an emotional and a sexual release.

For five years I carried this secret. I was twenty-one when I finally opened up to a friend only because she opened up to me first about her struggle with sexual sin.We began a path of healing in 2001 and for the last twelve years, although not a perfect journey, I can say with great confidence God has set me free from that addiction and from the shame that followed. I returned to school to study the science behind addiction and family dynamics.

Over the last six years I’ve had the opportunity to share my story in a variety of venues: thousands of college students, men, women and teens. This summer, I was invited to speak at several camps to both junior high and high school students and it’s without exaggeration when I tell you with each year I counsel students, the numbers and the stories shock me more and more.

There are more students compulsively looking at pornography at younger ages and with greater frequency than ever before.

This summer, by a long stretch, was the “worst” in terms of what secrets I learned students carried. After my last night speaking at my last camp, I retreated to my room and collapsed on the bed face-first. Tim simply laid his hand on my back to comfort me. 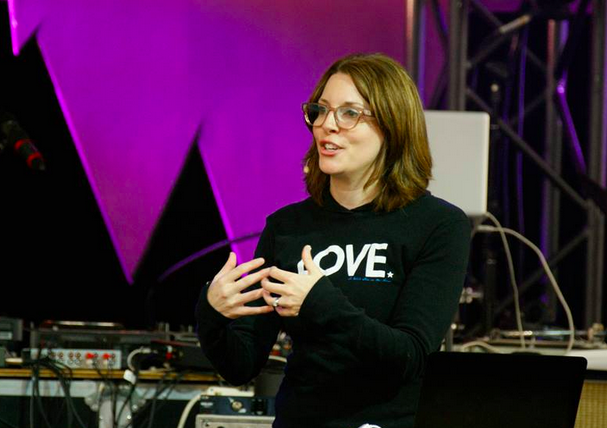 I could not logically reconcile in my mind all the confessions I heard over the summer with the children who shared them. While every story was unique in the details, in most situations, there were three common themes that kept surfacing.

Google is the new Sex-Ed: Remember the first time you, as a parent, saw pornography? Likely it was a friend’s parent who had a dirty magazine or maybe you saw something somebody brought to school. Now, when a student hears a word or phrase they don’t understand, they don’t ask you what it means (because they fear getting in trouble). They don’t ask their friends (because they fear being ashamed for not knowing). They ask Google.Google won’t judge them for not knowing. Because of our short attention spans and desire for instant gratification, they don’t click the first link that shows up – they go straight to Google Images. In almost all of the stories I heard, this is how someone was first exposed to pornography – Google Image searching. The average age of first exposure in my experience was 9 years old. 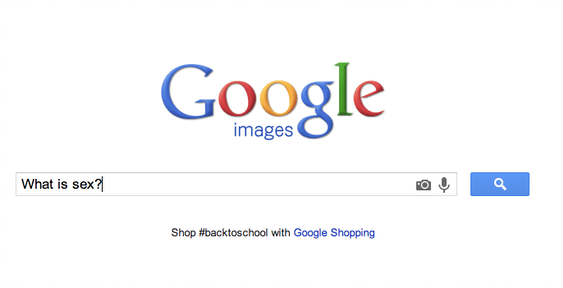 2. If Your Child was Ever Molested, You Likely Don’t Know: Another extremely common theme was children being inappropriately touched, often by close family members or friends. When I was molested at sixteen, I didn’t tell a soul until I was in my twenties. I didn’t tell my own mother until I was twenty-eight. The stigma and shame of being a victim coupled with the trauma that happens with this experience is confusing to a child of any age: our systems weren’t made to process that event. Many things keep children from confessing abuse: being told they’ve made it up or are exaggerating, being a disappointment, and in most cases, getting the other person in trouble. While a child can look at pornography without being abused, children who have been molested by and large look at pornography and act out sexually.

3. Your Child is Not the Exception: After speaking with a youth pastor at a camp, he said most parents live with the belief their child is the exception. Your child is not. The camps I went to this summer weren’t camps full of children on life’s fringes that one would stereotypically believe experience these traumatic events or have access to these inappropriate things. You must throw your stereotypes aside. Most of the children at these camps were middle class, mostly churched students.Let me give you a snapshot of a few things I heard from these students:

But maybe you’re right. Maybe your child is the exception. I would argue at this juncture in life, being the exception is as equally dangerous.

At the end of every session I presented I intentionally and clearly directed students to ask me or another leader if they didn’t understand or know what a certain word meant. “Donot go to the Internet and look it up.”

This summer, I am beyond grateful that mature, God-fearing adults were available to answer those questions with grace and tact and maturity; that we were in a setting that was safe for questions and confessions. It was entirely appropriate. Not every child gets that opportunity. Most won’t. Most will find out from the Internet or from a peer who isn’t equipped to provide the correct answer in the correct context.

As the summer camp season ends, I feel a shift in my heart. For the last six years, I’ve felt a calling to share with students how God has set me free from the shame and actions of my past and that they aren’t alone (because they truly believe they are). One college dean referred to me as “the grenade we’re tossing into our student body to get the conversation of sex started” because they realized how sweeping these topics under the rug caused their students to live trapped and addicted and ashamed. I will continue sharing my testimony in that capacity as long as there is a student in front of me that needs to hear it.

However, I am more aware now more than ever before in my ministry how little parents know about what’s happening. And because I’m not a parent, I feel terribly inadequate in telling you this.

But I can’t not tell you. After seeing the innocence in the eyes of ten year olds who’ve carried secrets nobody, let alone a child, should carry; after hearing some of the most horrific accounts from students I’ve ever heard this year, I cannot go one more day without pleading with you to open up and have these difficult conversations with your children. Would you prefer your son or daughter learn what a “fetish” is from you or from searching Google Images? Talk to them about abuse and yes, even trafficking.

Just this month I met a relative of a girl whose own mother was selling her body from the time she was five until now, when she’s sixteen. This was not in some drug-infested ghetto you’d see on a news story. It was in a very upscale town in a very upscale state known for its nature and beauty and summer houses. Abuse does not discriminate.

Your children need to know. If not for them, maybe for a friend. Maybe they can help bring context or see warning signs.

Ask them what they know. Ask them what they’ve done. Ask them what’s been done to them. Show grace and love. Stay far away from judgment and condemnation. If you feel ill equipped, ask a pastor or counselor for help. If you hear an answer you didn’t expect and your first instinct is to dismiss it – don’t. Find a counselor. Look for resources. Continue following up. If you struggle with this (and let’s admit it, statistically, a lot of us do), get help too.

Do the right thing, the hard thing, for the sake of your children. If we don’t do this now, I am terrified of how the enemy will continue stealing hope and joy from our youngest generation and how they’ll be paralyzed to advance the Kingdom of God as they mature.

We cannot let this happen on our watch.

*Specific details that could identify children have been changed in such a way that it does not affect the story and only protects the children. Mandatory Reporters reported confessions that involved abuse or neglect or situations that indicated a child was in any type of danger by using proper state laws and procedures.

More from Erin: Let’s get back to my call to action. What can we do to protect our daughters?  What steps are you willing to take today to protect your daughter?

I think it’s time we have the difficult conversations and use words we might not be comfortable using.

I say, it’s ok to be the unpopular parent and it’s ok for your daughter to be mad at you and think you’re ruining her life. (Just ask my daughter…I excel at this).

What can we do TOGETHER as a group of intentional moms to show the world we will not sit by and watch our daughters be scandalized and have their innocence stolen from them?

Let’s not have this be an issue we’re passionate about for the day. Let’s keep it on the forefront of our minds and not let it slide off our radar. Our daughters deserve better.

I want to hear from YOU.